Introducing our round-up of the latest food trends. The Froghop team bring you a wide-ranging look at the biggest news, trends and next-big-things in food and drink.

Iced drink sales rose 14.3% from 2017 to 2018 when they reached £395m. The data garnered from customer consultations, research and industry consultations was analysed by Allegra World Coffee Portal (WCP). WCP expects iced coffee in particular to reach £449m in sales this year.

Consumers under thirty lead the charge for cold caffeine and 45% stated they purchase one every week. Jeffrey Young, CEO of Allegra, said: “Iced beverages continue to represent a growing opportunity for the UK coffee market to innovate, access younger consumers and broaden the appeal of coffee venues.”

A global epidemic of obesity, ‘globesity’ as the World Health Organisation calls it, has officially taken hold. The latest data emerging from the UN, from a report called State of the Food Security and Nutrition in the World, revealed those who are overweight and obese has “increased in all regions” contributing to “four million deaths globally and increasing the risk of morbidity for people in all age groups.”

Globesity means no region is exempt from the epidemic of being overweight or obese, even within those regions wrestling with hunger. And while this is across all age groups, the report notes that the highest rates are amongst school-age children and adults (20.6% and 38.9% respectively).

Alongside the issue of weight, under-nourishment is prevalent. Even in developed countries food insecurity is a concern whereby people “face uncertainties about their ability to obtain food and have been forced to reduce, at times during the year, the quality and/or quantity of food they consume due to lack of money or other resources”.

The report calls for urgent action such as introducing policies to increase the availability and affordability of nutritious foods and to reduce the consumption of harmful fats, salt and sugars.

Since the report, health campaigners are calling for a calorie tax on processed food, which the UK government has been considering but not yet finalised. This could see a trend of lower calorie food products hit the shelves soon enough.

The Sugar Tax – one year on

A number of reports have been released reflecting on the progress made during the first year that the sugar tax has been in place. For those brands that chose to cooperate with the new guidelines and avoid paying the tax, there has been a significant difference in the sugar content of their beverages. Initial government figures suggest that around 50% of drinks had reduced their sugar content. Irn Bru saw a 54% reduction in sugar and Lucozade Orange a 64% reduction.

While it’s too early to draw conclusions about the health impact of the sugar tax, specifically on obesity, in the UK, if the tax has its intended effect then the benefits could be significant.

Certainly since the globesity epidemic, further reductions could be in the works.

The FAIRR Initiative, a collaborative investor network that raises awareness of the risks and opportunities caused by intensive livestock production, has released its most recent engagement update.

What’s big in fruit and vegetables

“One of the fastest-growing items at restaurants is seaweed. It’s also spilling over into the home through snack foods. We’ve seen seaweed chips show up in grocery stores,” stated Darren Seifer, food and beverage industry analyst for NPD Group in a recent interview.

Another emerging restaurant favourite is jackfruit, which is also popping up on shelves in UK supermarkets.

“It’s benefited from consumers moving toward the plant-based burger world,” said Seifer. “It’s another way that restaurants can use plants to mimic meat.”

An American plant breeder and a chef have teamed up to develop a mini-sized butternut squash called a honeynut squash. Said to be easier to cook and chop up with a more intensely flavour, this versatile veg is becoming increasingly popular with retailers.

Recent studies have shown busy, tired consumers are looking for food they can simply pop in their mouth from their fridges, with minimum preparation. But they also want health, big flavours and bright colours so the idea of fresh, modern convenience is growing. Think kumquats, cherry tomatoes and beets.

The rise and rise of Grenade

UK sports nutrition business Grenade is now nine years old and supplies products, including bars and shakes to all major supermarkets. Yet, according to CEO Alan Barratt, the business was born with just £27 in the bank, during a recession.

“We definitely had some help with timing,” says Barratt, who launched Grenade in 2010 when exercise was becoming more mainstream and gym-users were looking for performance-boosting products.

At the start of this year, Grenade took its high-protein, low-sugar brand Carb Killa range into biscuits. It has now forged a deal with high-street chain Costa Coffee, which will sell two types of Carb Killa bars.

“It all comes back to the supreme brand power. No-one makes a bad tasting protein bar now. But we’ve got a recognisable, memorable name.”

Grenade’s international reach is notable with 25% of sales now overseas, selling into 80 markets.

To keep getting food and drink trends, news and updates from Froghop sign-up now. If you want to make sure your product is aligned to consumer trends, contact Froghop for a no-obligation chat. 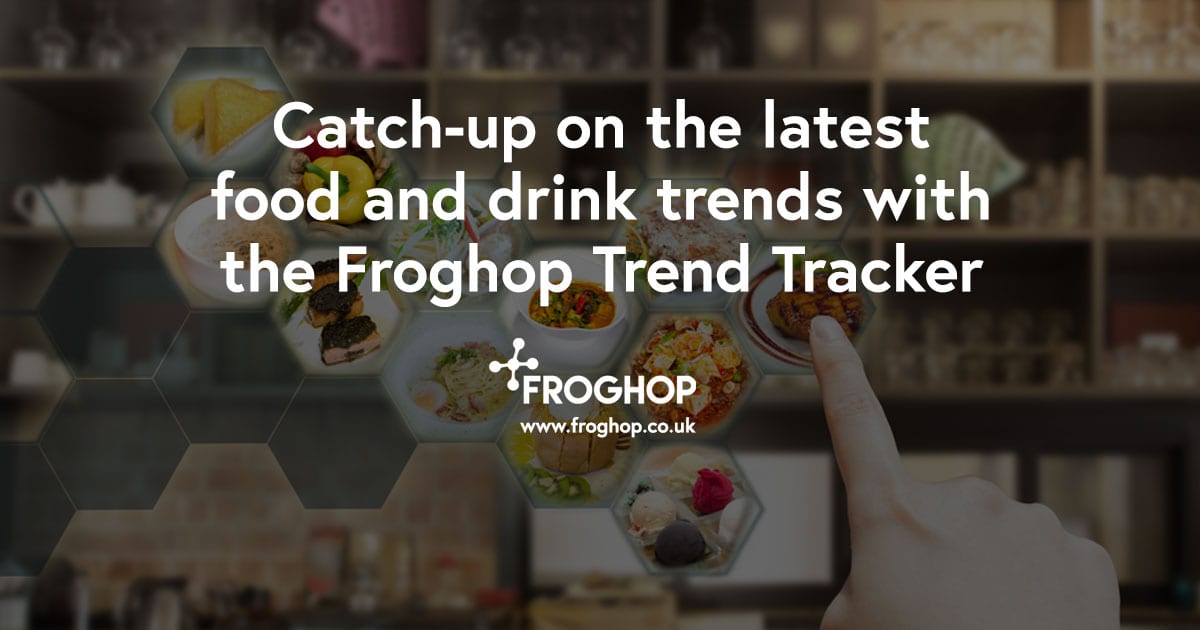