Lowering the amount of either sugar or fat in food products is a fairly common claim for food products – but what happens when you try reducing sugar and fat? Researchers from Queen Mary University London have challenged Public Health England (PHE) to do just that.

The researchers published a study in the journal Nutrients after surveying around 1,000 own- or private-label packaged cakes and biscuit products sold in high street supermarkets. They found a “considerable amount” of fat and saturated fat in these brands which correlated to the products’ energy density – whereas sugar does not.

PHE’s sugar reduction scheme (or the Sugar Tax, as it is more commonly known) has been in place since 2016. However, a progress report published in May last year revealed that food manufacturers had fallen short on their first-year target. There had been a 2% decrease, where the target was to reduce sugar content by 5%.

What would help to improve results, say the researchers, is for PHE to include cakes and biscuits in their proposed calorie reduction scheme which aims to halve obesity rates by 2030.

The impact of replacing sugar with fat

Cakes and biscuits are already included in the sugar reduction scheme, but a typical tactic is to reduce sugar content and increase fat content. This helps to maintain taste and texture. However, while sugar is 4kcal per gram, fat is 9kcal per gram. The result of replacing sugar with fat is that it dramatically increases the overall calories delivered by the product.

The university argues that reducing fat content could result in a “substantial” calorie reduction which would support an overall reduction of obesity and cholesterol rates in the UK. “It’s not one or the other,” says Roberta Alessandrini, lead author of the study. “We want to reduce sugar and we want to reduce fat at the same time, to make sure that these products can be as healthy as possible.”

Alessandrini believes that some manufacturers know how to reformulate, citing the modifications made to shortbread (containing high levels of fat and saturated fat) in recent years. “It is possible to switch out [saturated fat]… some manufacturers are very progressive and doing lots of reformulation to improve the nutritional quality of their products.”

The challenge: reducing sugar and fat

While Alessandrini is right in her assumption that food producers are rolling out brilliant reformulations, they can nonetheless be tricky to pull off. When both fat and sugar are reduced or eliminated then structure, flavour and mouthfeel change dramatically. They need to be replaced with components that function in the same way – with fewer calories, of course, to meet the healthy eating objectives.

Fibre and protein components can be used to replace this structure. Development of new functional fibre and protein ingredients continues to progress well. We are seeing continuous new offerings from suppliers including the use of natural components such as flaxseed and chia to help structuring.

This complements what the researchers have to say, namely that the best way to reduce total fat and saturated fat content is to increase the amount of fruit, vegetables and whole grains which are high in fibre, low in calories and reduce the energy density of a product.

If using some fat in a product, then unsaturated is preferable to saturated. However, this does give a different texture and structuring effect. For instance, replacing butter with oil would lead to a greasier, heavier product and could have a detrimental effect on the flavour.

What’s more, market demand shows that sugar alcohols/polyols that were previously used to replace sugar have fallen out of favour, along with sweeteners. Stevia, with zero calories, could offer a viable alternative.

Testing is vital, and the alchemy required can be challenging, but it is possible. Armed with the right knowledge and guidance producers can create healthy, innovative products that stand out – and contribute to a healthy diet.

Are you looking at reducing sugar and fat in your product(s)? Contact us to discuss your existing products and the options for reformulation. 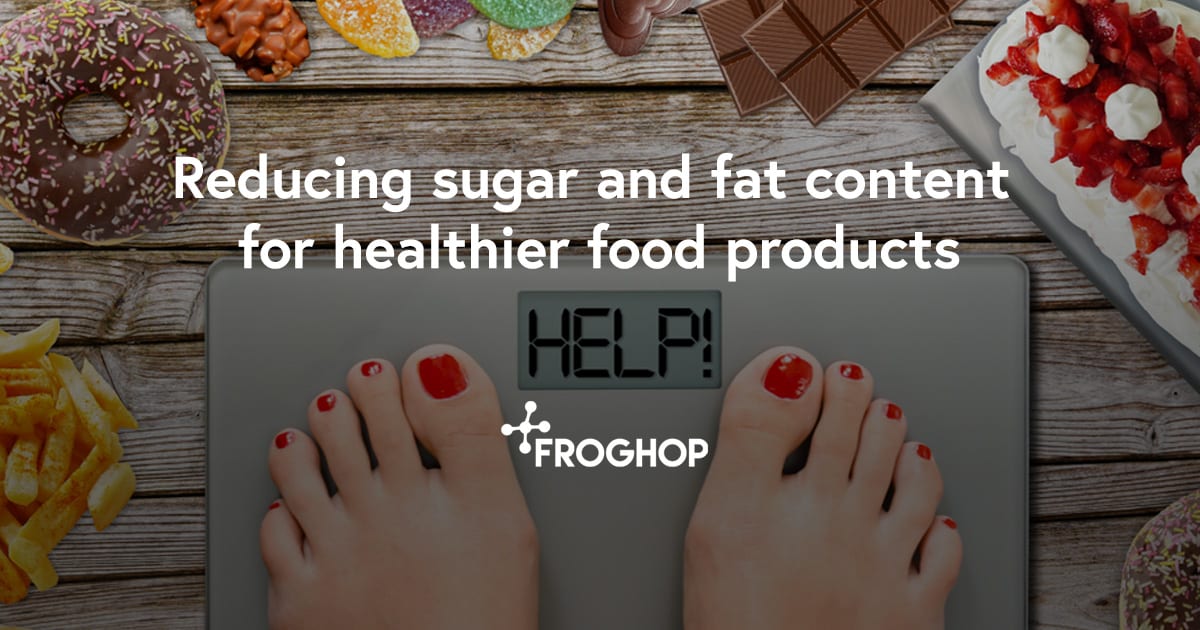