Creating healthy snacks for kids from a family recipe

Inspiration for developing your first product can spark from many things. Froghop client and Snackzilla founder Marieke Syed discovered hers between the challenges of family life and her love of biscuits. She spoke to us recently to share her story and her quest to create healthy snacks for kids. 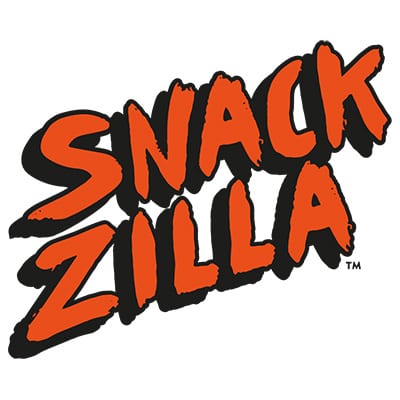 Tapping into her passions

Three years ago, while COO of a busy events start-up, Marieke wanted a career change. She yearned for something that tapped into her passions, chief of which was baking. Her initial inspiration for Snackzilla came from a conundrum she experienced as a busy mum to two primary school aged children.

“My kids had grown out of baby and toddler snacks. They were looking for Maryland Cookies, Iced Gems and Oreos. They didn’t want bananas and cucumber sticks at school pick-up. I realised there was a big problem. There was a gulf between healthy snacks and what kids really wanted. There was nothing in the middle that was really branded for them but met the nutritional needs that parents wanted for their kids.”

Find out more about Marieke’s journey and the Snackzilla business, watch the full here.

Marieke conducted six months of market research into health snacks for kids. She discovered that many parents were experiencing the same challenge: “I found it was so disparate, the products that parents were giving. It ranged from Weightwatchers bars, raisins, cereal bars, biscuits, rice cakes, dried fruit snacks. It was so random that it showed there was space in the market.”

It was clear Marieke had found her “why” and had sensibly identified a gap in the market. What she needed next was to find her offering. Reflecting on the universal treats kids love and, a biscuit addict herself, she considered the possibility of a biscuit product.

“Biscuits kept playing on my mind. Then I remembered my great grandmother had an oat cookie recipe that I had grown up making and we all loved in my family. It was really simple: flour, oats, sugar and butter, in equal quantities. I brought the recipe to Mel at Froghop and said, ‘How can we make this healthier?’ That started the journey.”

Transforming a sweet treat into a healthier option

We worked with Marieke, starting the process of nutritional profiling and deciding what ingredients were key to the product. Making healthy snacks for kids that were also appealing, involved the balance of meeting HFSS (High Fat, Sugar and Salt Foods) requirements while retaining the heart of what made Marieke’s family recipe special.

“The original recipe was just off the charts. There was no way it could be claimed as healthy. That took us on a journey of thinking what were the main parts of that original recipe that needed to stand. For me that was two things: the oats and the texture. It was a soft-baked, oat, buttery cookie originally and it was that softness and chewiness that was so popular with my family and with kids. There was nothing else on the market that had that texture and consistency.”

Iterating to find the right balance

What ensued was a process of iterating around the compromises necessary for the product to be deemed healthy, while keeping the two elements Marieke wanted.

“At the beginning I wanted to use brown rice syrup. I love it as an ingredient and I love its consistency and taste. And now the rice syrup is gone and we use golden syrup as our sweetener, along with inulin. I never would have agreed to that at the beginning but you have to go through that journey and go through those mistakes to come out at the right place.”

Marieke left Froghop with a compliant recipe as her starting point. Initially she has sold direct-to-consumer, very much as a soft launch. The feedback has been incredibly helpful. The recipe has now even been tweaked so that it the product is under 100 calories, meeting the Change for Life accreditation and further increasing its ‘healthy snacking’ credentials.

The result is a tasty, healthy biscuit for children that successfully fills the market gap Marieke established and meets the challenge she and fellow parents faced.

Find out more about Marieke’s journey and the Snackzilla business, watch the full here.