According to the Vegan Society, the number of vegans in the UK quadrupled between 2014 and 2018 with almost half (42%) making the change in 2018. Not surprisingly, this is having a dramatic impact on the availability and range of vegan food products in the market.

Even those who aren’t vegan are making vegan, vegetarian or flexitarian choices with 35% of British consumers saying they regularly have meat-free days. So what are some of the key trends in vegan food products?

Just in time for Veganuary, McDonalds launched a vegan-friendly Vegetable Deluxe and a vegan Happy Meal. While Leon presented the vegan LOVe burger, made with a soya-beetroot patty and a slice of gouda-style vegan cheese.

What’s more, Leon reported it sold over a fifth more plant-based meals because of the Veganuary campaign and vegan meals made up over half of sales in Leon stores across the UK. The fast-food restaurant has announced it will be developing more vegan and plant-based options in 2019 from curries to sweet treats and that it will bring back some of its previous vegan favourites like Meatless Meatballs.

Supermarket vegan ranges on the increase

We’ve already seen how supermarkets such as Tesco and Sainsburys are expanding their meat-free ranges, now Waitrose has launched 14 new vegan products, including ready-meals, fish fingers, and frozen pizza.

The fish-less fingers, made from breaded tofu, have been a hit with customers since launching in January, boosting sales of vegan and vegetarian products by a whopping 110% in one week.

Other new products include vegan mushroom and lentil meatballs, beet risotto, vegan mac and mushroom pasta and a jackfruit pizza on a stone-baked crust. Plus, grab-and-go items such as the Vegan MLT Sandwich (mushrooms, lettuce, and tomato) and a tabbouleh salad.

According to a new survey by catering equipment retailer Nisbets, vegan food is set to be a top restaurant trend in 2019. 850 chefs, catering managers, business owners, and kitchen staff took part in the poll and stated that diners are increasingly turning towards vegetarian and vegan options. One in 10 stated jackfruit was the most popular vegan option, followed by seaweed (5%), aquafaba (5%), and black fermented garlic (4.8%).

“It appears from the research that chefs believe consumers are more conscious about what they are eating, both from a health perspective and a sustainability point of view,” said Jo Smith from Nisbets.

Alternative Foods has launched a new range of vegan cakes made using an egg replacer developed from aquafaba (liquid derived from chickpeas). The cakes, available in UK supermarkets, are a twist on traditional classics such as Carrot Cake and Victoria Sponge.

The brand is also planning to launch the aquafaba-based egg replacer used in the range as a standalone product this spring. The egg replacer, Alternative OGGS, has been developed in collaboration with the School of Food Science & Nutrition at the University of Leeds, and will be marketed as a liquid egg substitute.

Dairy giants are moving towards vegan with Danone investing $60 million in dairy-free products in the US and Ben & Jerry’s, Breyers and HäagenDazs all now offering vegan ice cream. Henry Schwartz, CEO of Elmhurst Dairy, has driven the company’s rebrand as a plant milk start-up because “milk has sort of gone out of style”.

UK leads the way in veganism

More vegan products were launched in Great Britain than in any other country in 2018 with many of the bigger cities such as London, Birmingham and Glasgow adapting to meet demand.

Bristol has been an early adopter of the plant-based diet, and celebrated being voted the number one city in the world for veganism by Chef’s Pencil in January. While Vegan Life magazine ranked Manchester as their number one with its 129 vegan restaurants.

Whether it’s in the street food, diners’ clubs, supermarkets, fast food or Michelin-starred restaurants, veganism has certainly hit the UK in a big way.

The rise of the vegan food movement has seemingly begun to drive demand for vegan furniture, fashion and homewares. We now have vegan paint (free from bone derivatives and beetle/ox products), rugs made from palm leaves and lino leather to name a few.

The first Vegan Fashion Week took place in Los Angeles in January and Laura Stageman, founder of vegan watch brand Votch said, “The food industry is leading the shift. We eat at least three times a day and everyone wants their food to be delicious. Then they start to question: these boots, this coat…”

Consumers are driving this heady new wave of veganism and it’s clear the market is growing exponentially year on year.

Developing a vegan product? If you’d like support with development contact us for a no obligation chat. 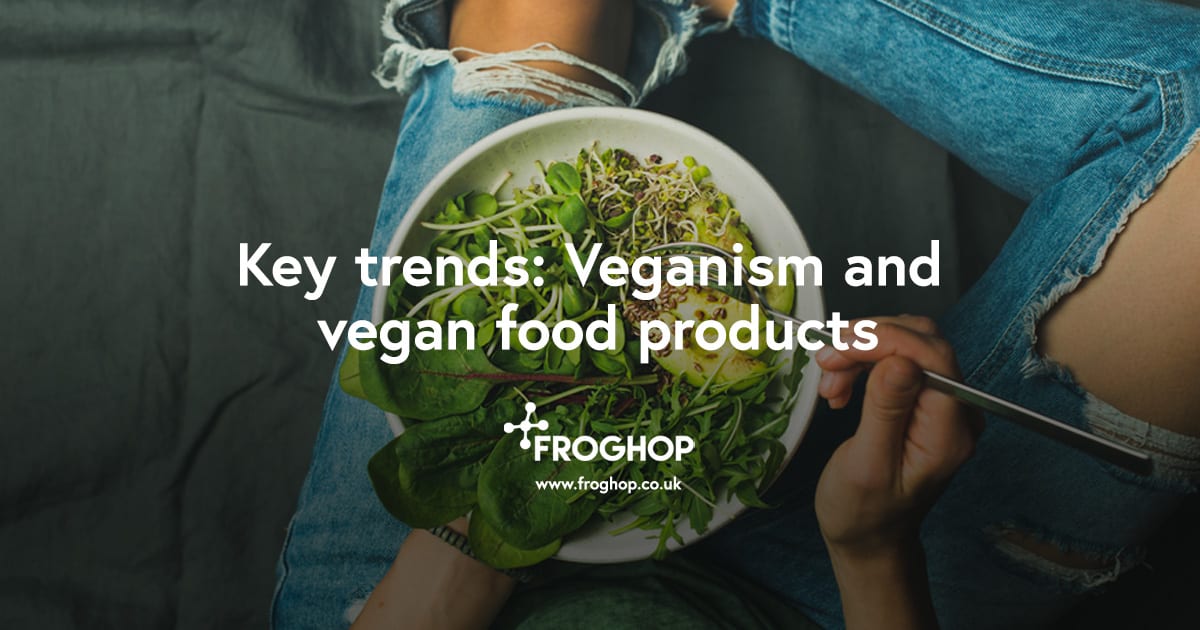